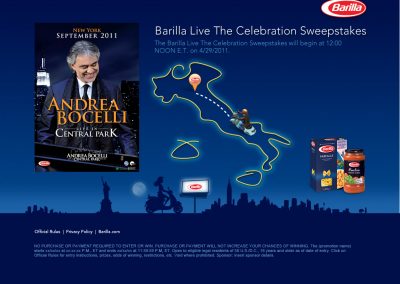 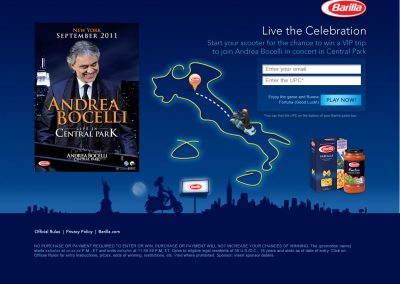 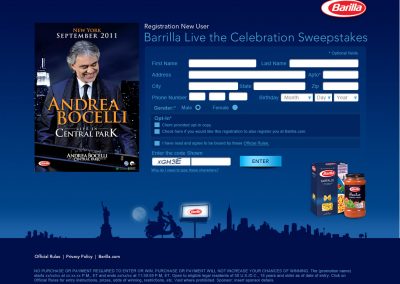 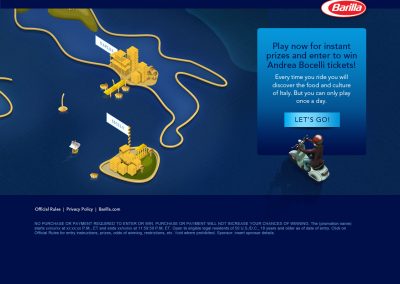 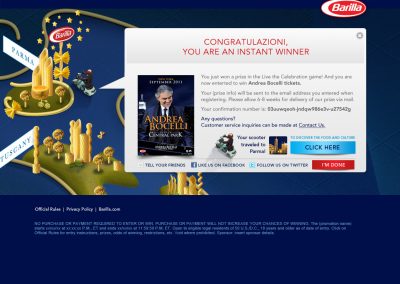 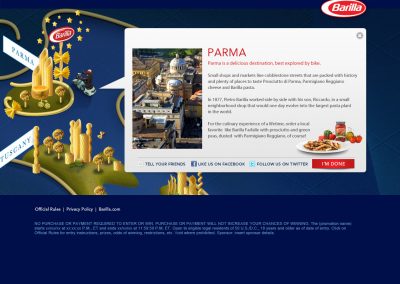 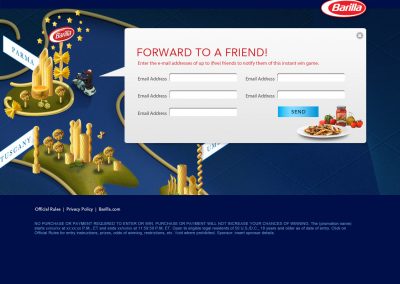 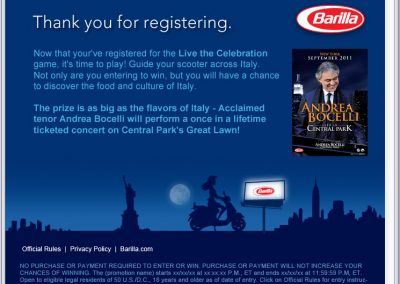 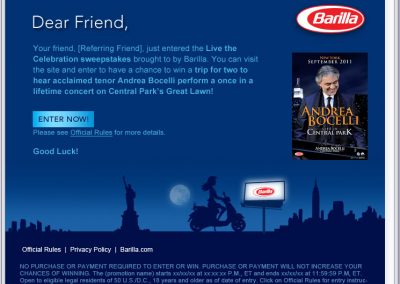 Barilla is an Italian food company with headquarters in Parma, Italy. Barilla wanted to educate consumers on its pasta and sauce pairing and company history and heritage through a fun adventure game.

Assisted with the campaign strategy and promotion concept.  As the project lead it was my responsibility to produce a detailed work order, technical specifications, architect the siteflow and design the wireframes. Once approved, I directed a team of copywriters, designers, front and back-end developers for production and collaborated with legal counsel for the promotion rules. Also worked closely with client and often with third party vendors and other agencies to roll-out all the planned marketing and advertising media in anticipation of the promotion launch.